Most people celebrate their birthdays every year, but few know why they actually do. Birthdays are a celebration of life and the journey that has led you to this point. They are a time to reflect on the past year and all of the experiences – good and bad – that have made you who you are today. Birthdays are also a time when we look forward to receiving lots of birthday gifts (yes adults and children all enjoy a good present), and all of the possibilities that it holds.

The History of Birthdays

The origins of birthday celebrations are actually quite unclear. Some believe that the tradition started with ancient cultures, which celebrated the “renewal” of the sun each year. The Egyptians, for example, held a festival every year to honour the goddess Isis, who was believed to bring new life into the world. Other cultures had similar festivals and celebrations, all of which likely contributed to the modern birthday tradition.

5 Reasons Why Birthdays Are Important 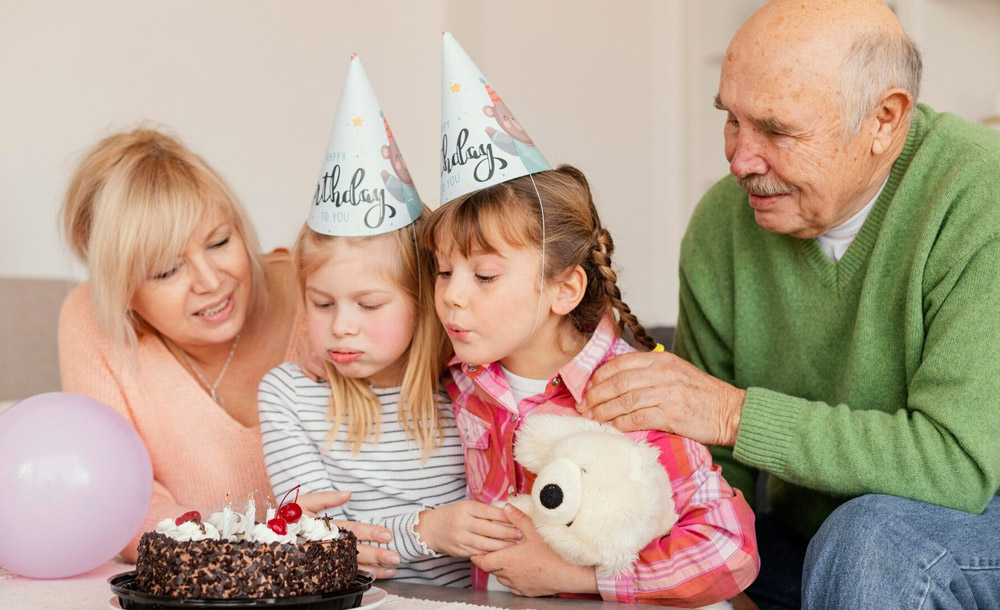 To better emphasise the importance of a birthday here are 5 reasons.

1. Birthdays are a celebration of life.

Every year, you get one more year of experience, knowledge, and wisdom under your belt. That’s something to celebrate! Birthdays are also a reminder of how far you’ve come in life and all of the amazing things that you’ve accomplished.

2. Birthdays are a time to be social

For many people, birthdays are a time to get together with friends and family. They’re a chance to catch up, have some fun, and make memories. Birthdays are also an opportunity to show your loved ones how much you care about them.

3. Birthdays are a time for reflection.

Your birthday is a perfect time to reflect on the past year, and all of the things that have happened. This can be a positive or negative experience, but it’s always beneficial to take some time to think about the good and bad moments.

4. Birthdays are a time to be thankful.

No matter what your year was like, there’s always something to be thankful for. Birthdays are a reminder to appreciate the good things in life and to count your blessings.

5. Birthdays are a time to look forward.

Your birthday is a chance to start fresh and set your sights on the future. It’s a time to make plans and resolutions for the year ahead. Whether you want to travel more, learn a new skill, or just be a better person, your birthday is the perfect time to start working towards your goals.

Modern Birthday Traditions And The History Behind Them

Some of the modern-day birthday traditions include blowing out candles on a cake, giving and receiving gifts, and singing “Happy Birthday.” These traditions likely started in the 19th century, and have since become synonymous with birthdays around the world. 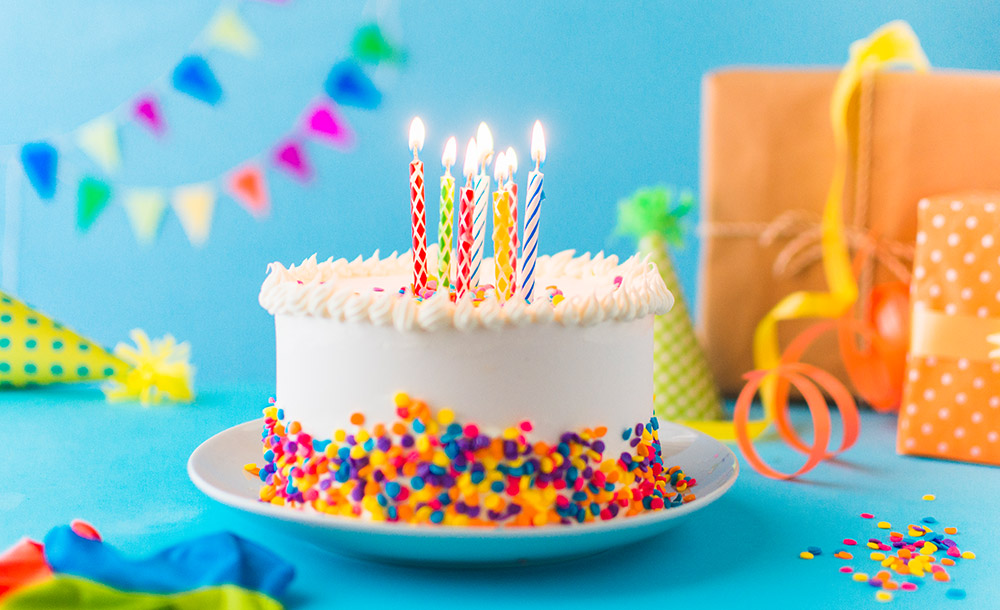 The first birthday cake recorded in history was to celebrate children's birthdays in Germany during the Middle Ages. The cakes were made from flour, eggs, milk, and sugar, and were often decorated with fruits, nuts, and candles.

The tradition of putting candles on a birthday cake likely started in ancient Greece. People would make wishes and offer prayers to the gods and goddesses when they blew out the candles. In later years, the candles were used to represent the person’s age.

The first recorded use of candles on a birthday cake was in 17th century Germany, it was for a man named Count Ludwig von Zinzendorf. His friends decided to put a number of candles on his cake to represent his age.

History of Gift Giving For Birthday

The ancient Greeks were among the first to start the art of gift-giving on birthdays. It was believed that they would celebrate the birth of a god or goddess by offering sacrifices. 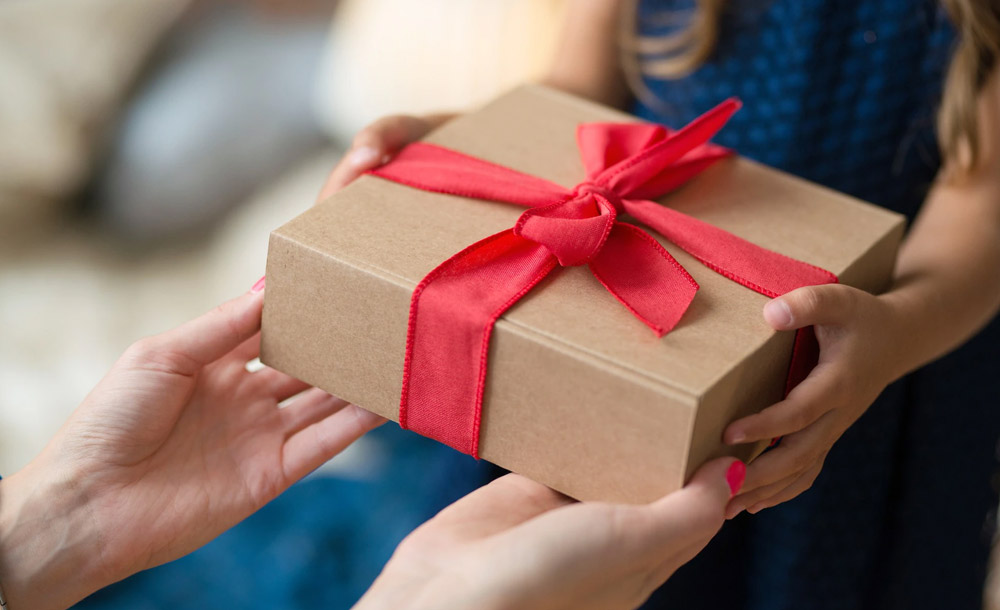 The tradition of giving gifts on birthdays likely started in the early AD during the Roman empire. It was custom to give the reigning emperor gifts and drink excessive amounts of wine. It was also likely that birthday parties also originated. 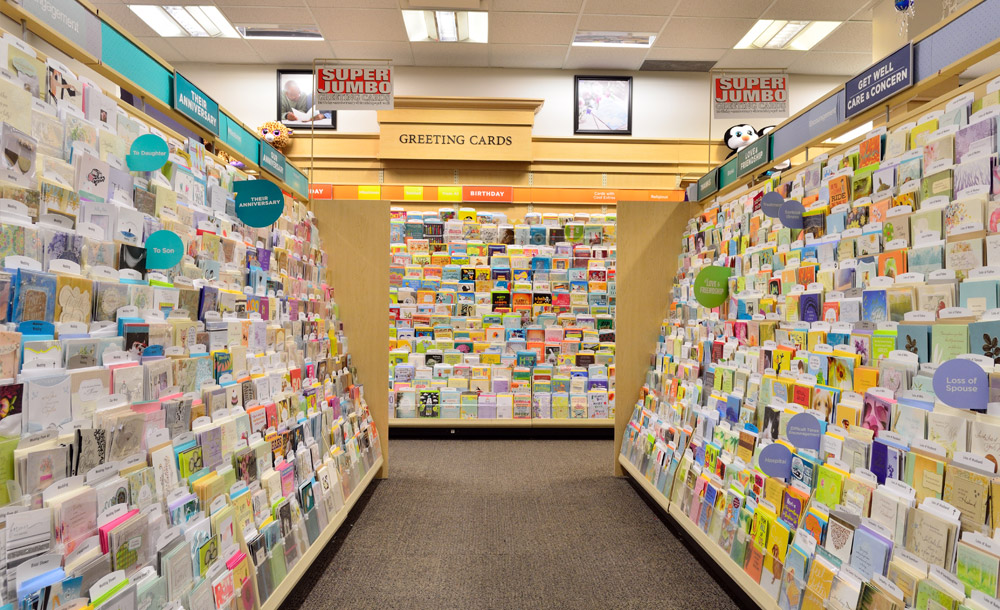 It can be said that birthday cards dated back to ancient Egyptian and Chinese history.  Egyptians celebrated the Pharaoh’s birthday by exchanging good luck messages. They would also give each other papyrus scrolls on which they would write their best wishes.

In China, they exchanged happy birthday messages on silk scrolls during the Tang Dynasty.

Where Did The Happy Birthday Song Originate? 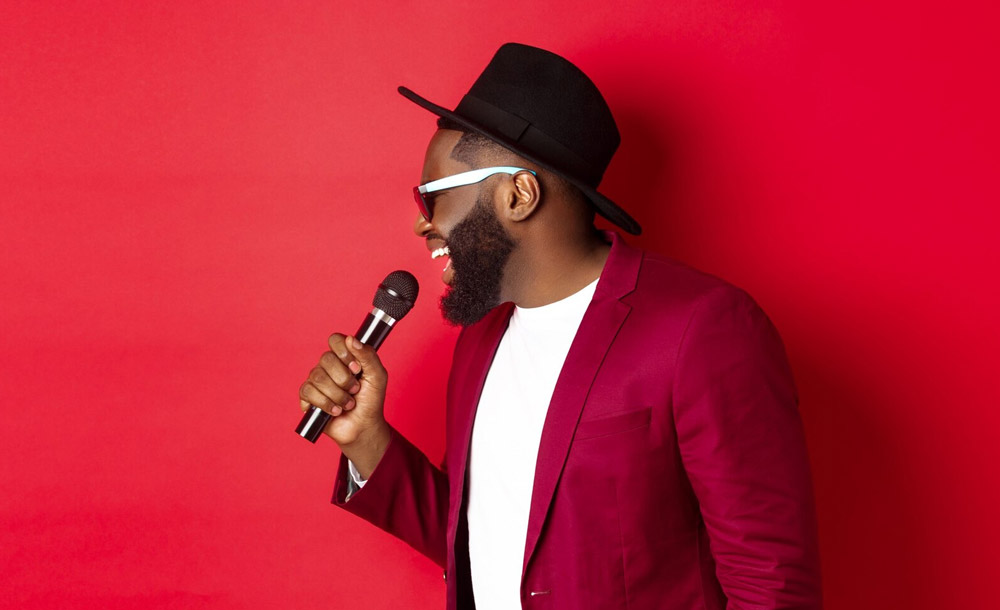 The Happy Birthday song dates back to the early 1900s. The original lyrics were written by two sisters named Patty and Mildred Hill. The melody was based on a traditional song called “Good Morning to All”.

The first recorded performance of the song was by vaudeville star, Will Oakland, in 1924. The first copyrighted version was in 1935 by Clay Boland. It is now the most sung song in the world. 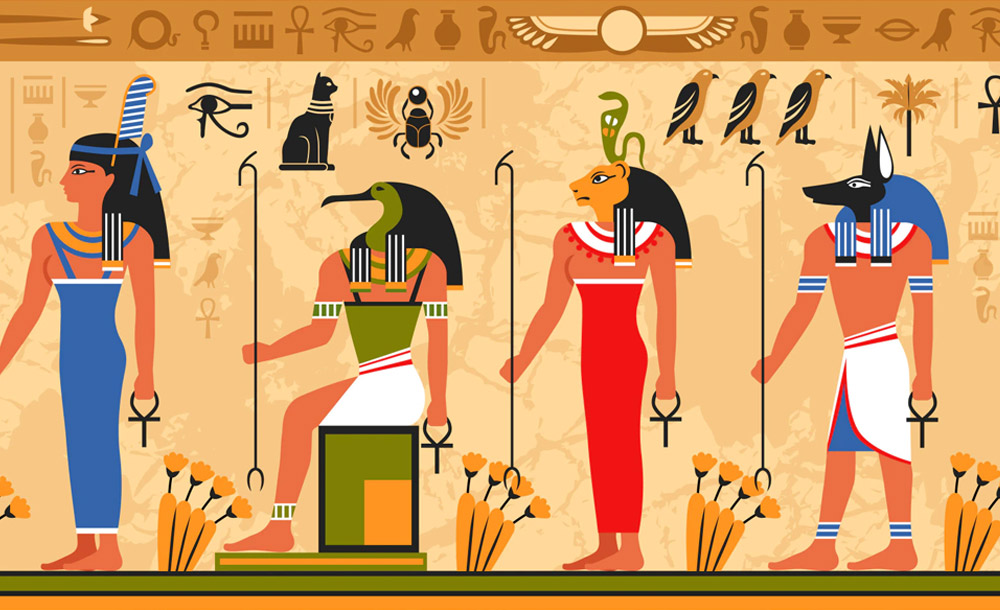 In the early days of Christianity, birthdays were not celebrated. This was because many people believed that they were pagan celebrations. However, in later years, the church began to celebrate the births of Jesus and the saints on their feast days.

For Catholics, the feast day of a saint is celebrated on the anniversary of their death. This is because they believe that when a person dies, they are born into heaven.

For Jews,  the birthday is a time of thanksgiving and reflection. It is a day to remember all the good things that have happened in the past year and to look forward to the year ahead.

For Muslims,  the birthday is not a special day. This is because according to the Islamic seminary Darul Uloom, it is believed that all days are equal in the eyes of God.

A Look At Popular Birthday Traditions Around The World

Birthdays are celebrated all around the world in different ways, but most share some common traditions. 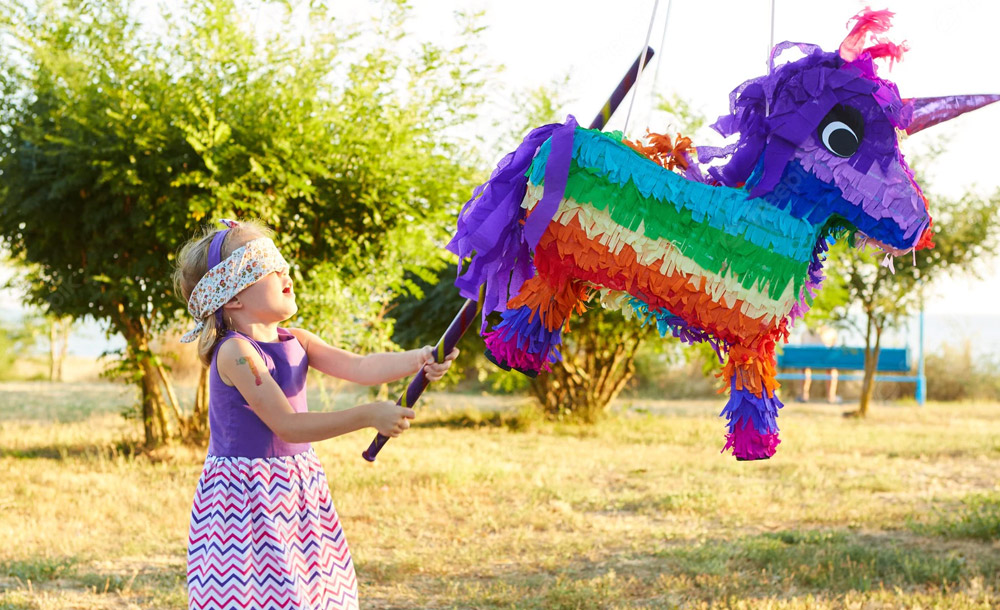 This birthday tradition originated in Mexico and is now popular all over the world. A piñata is a decorated container that is filled with candy and other small gifts. The piñata is then hung from a ceiling or tree, and blindfolded children take turns hitting it with a stick until it breaks open. 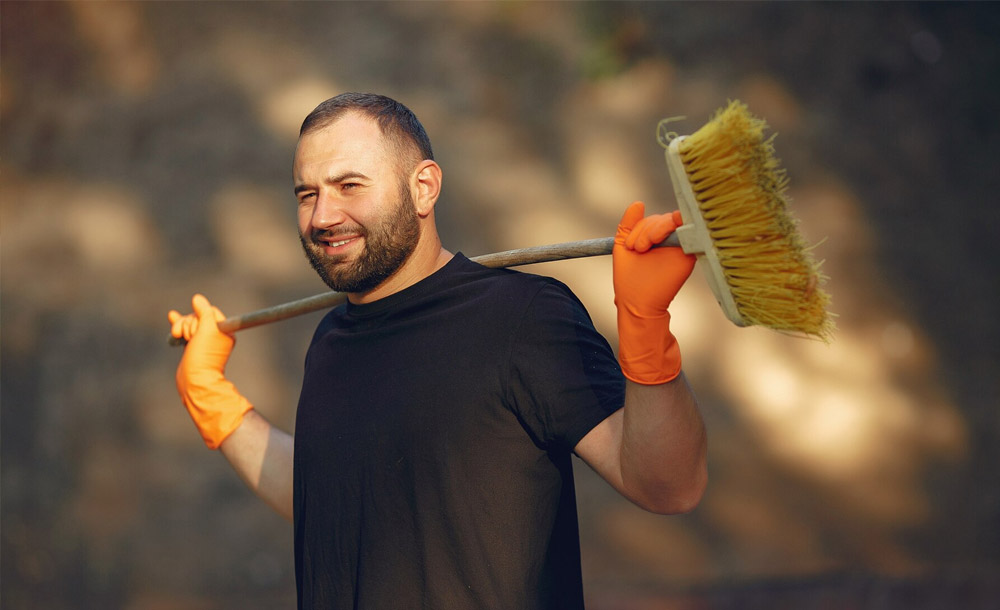 On a man's 30th birthday, if he was still single in Germany, he would sweep the city hall steps while dressed as a woman until he can convince a virgin to kiss him. This old tradition has been modernised and now, if a man or woman is still single on their 30th birthday, would go out and drink cheap beer and do random house chores (including sweeping steps) to show that they are still eligible for marriage.

Another popular tradition in Jamaica also known as "antiqued" involves the birthday person being covered in flour for their birthday celebrations.

In Brazil, a similar tradition is also celebrated however taking it up a notch they would also throw flour and eggs at the birthday child.

In America, some younger people would offer a punch or many birthday punches to the birthday recipient.

While in Argentina, Hungary and Italy (and many others), they would pull the ears of the birthday recipient.

Birthday Foods Around The Globe 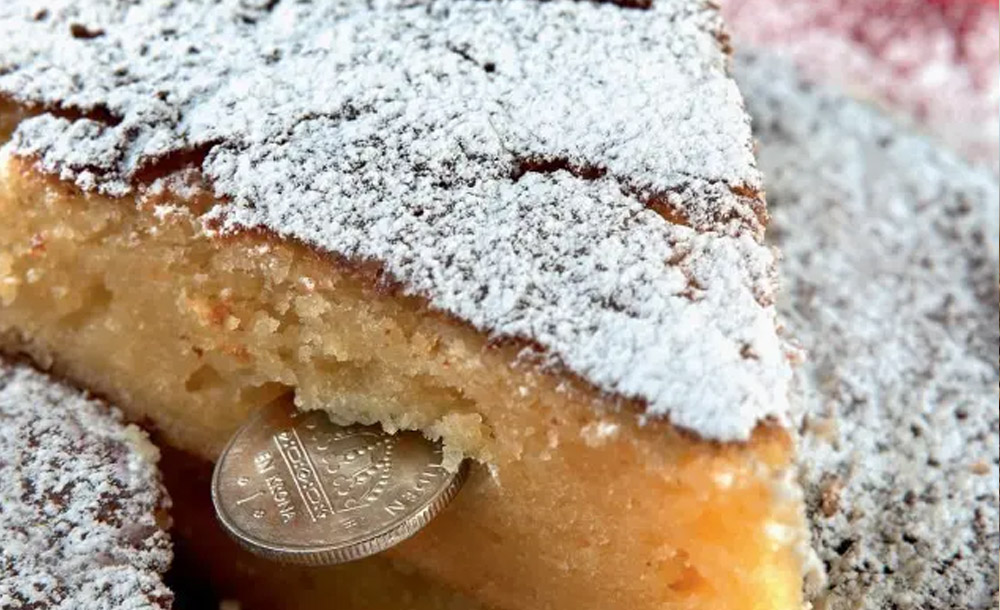 This is a birthday tradition that starts with a cake. The cake is baked with a coin inside and the person who gets the piece of cake with the coin is said to have good luck for the coming year. 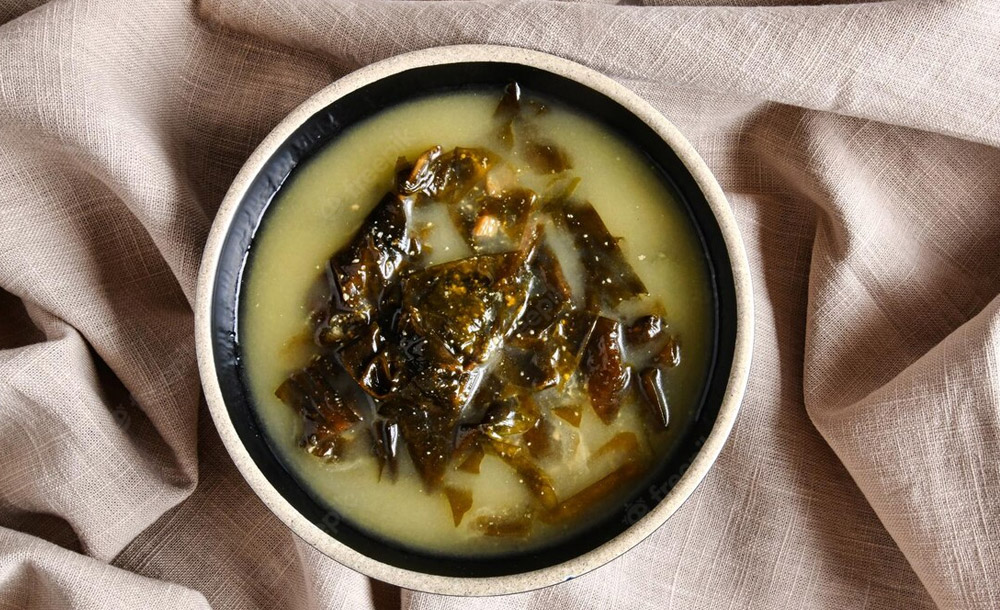 This soup is made from dried seaweed and is said to be good for the skin. It is often eaten on birthdays, as it is believed to make you look younger. 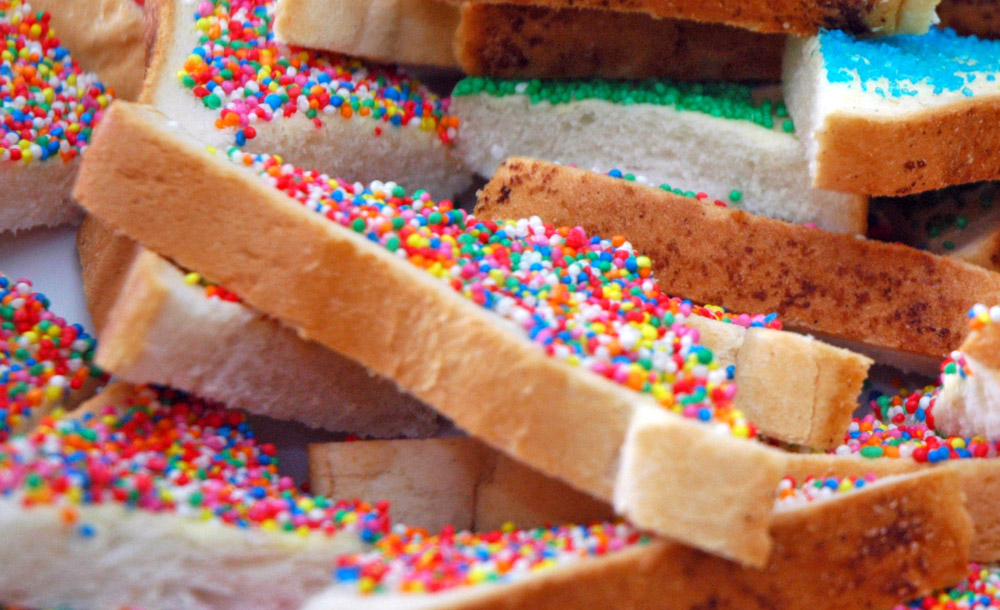 Fairy bread is a popular birthday treat Down Under. It is simply white bread with butter and sprinkles and is widely seen at most children's birthday parties. 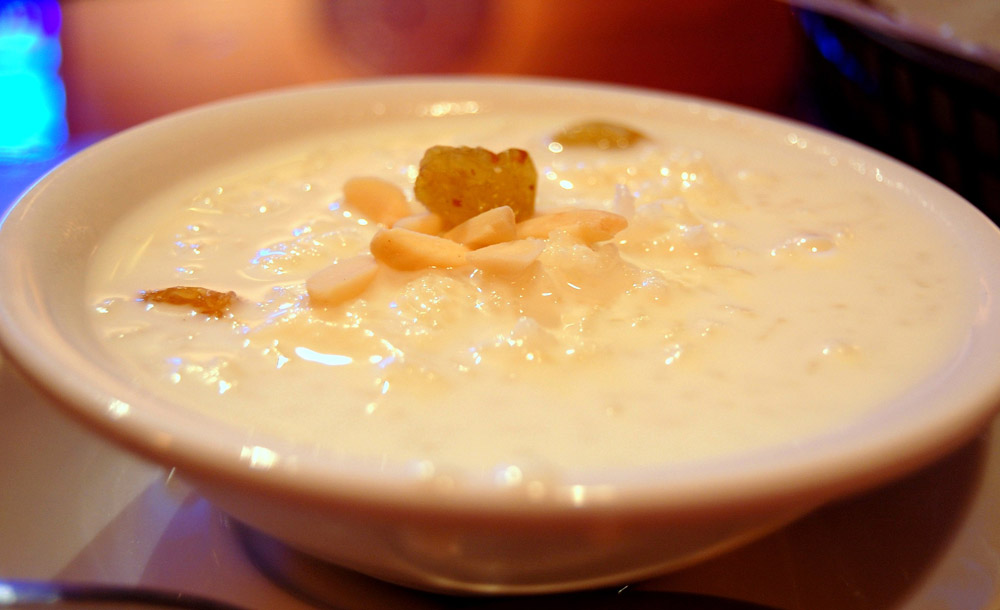 Payesh is a type of rice pudding that is popular in India. It is often made with milk, sugar, and spices such as cardamom and saffron. This treat is usually served to babies as it would be the first type of solid food they can eat. It's considered a rite of passage as they transition into young children. 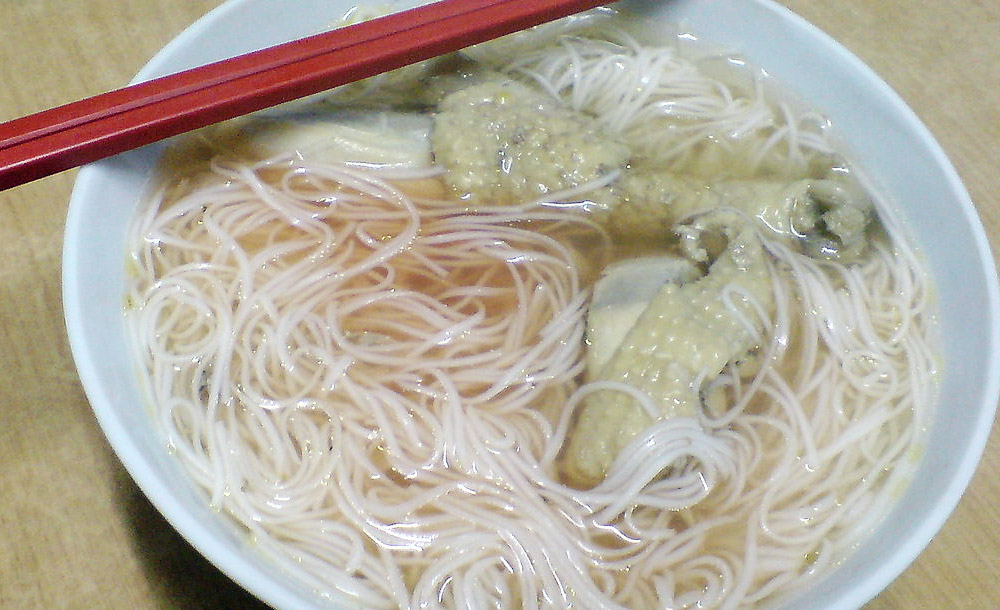 Long-life noodles are a symbol of good health and are often eaten on birthdays. They are made from wheat flour and are usually served with a sweet and sour sauce. 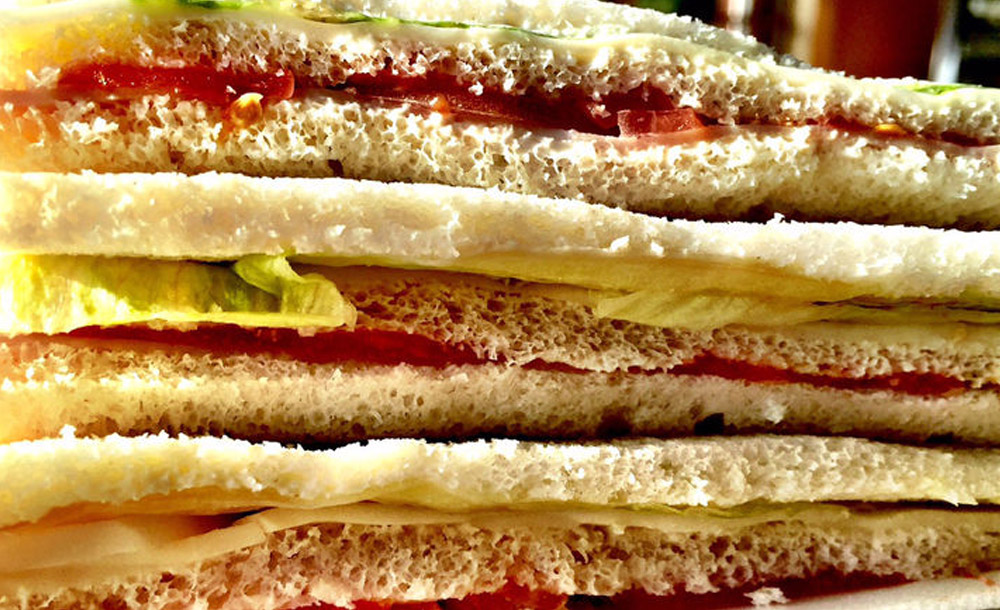 These are small, delicate sandwiches that are popular in Argentina. They are made with white bread and usually have a variety of fillings such as ham, cheese, tuna, or chicken. 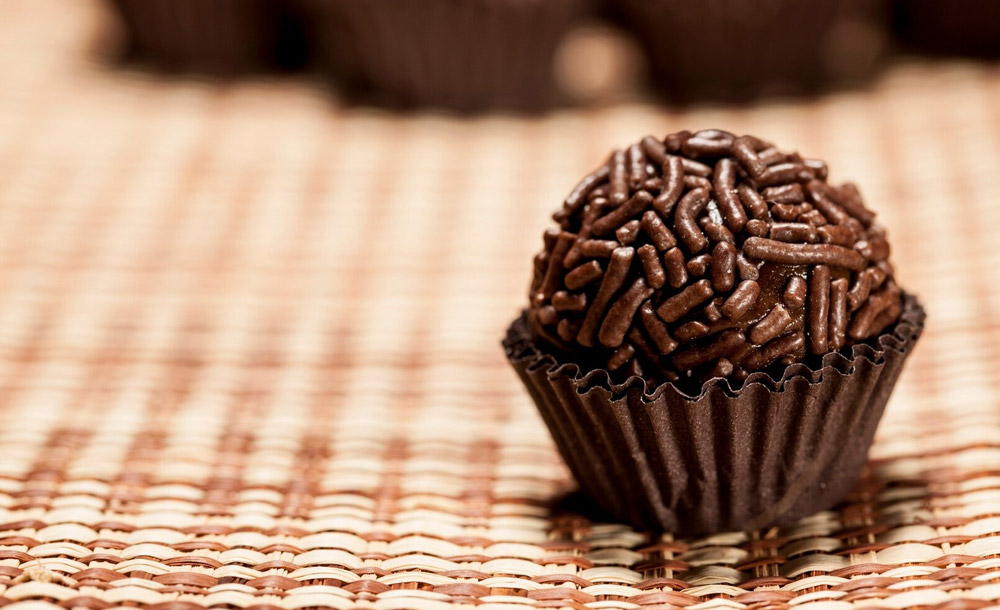 Brigaderio is a type of fudge that is popular in Brazil. It is made with condensed milk, cocoa powder, and butter. This treat is often served at birthday parties and other celebrations. The birthday recipient would receive a birthday cake and some Brigaderio. 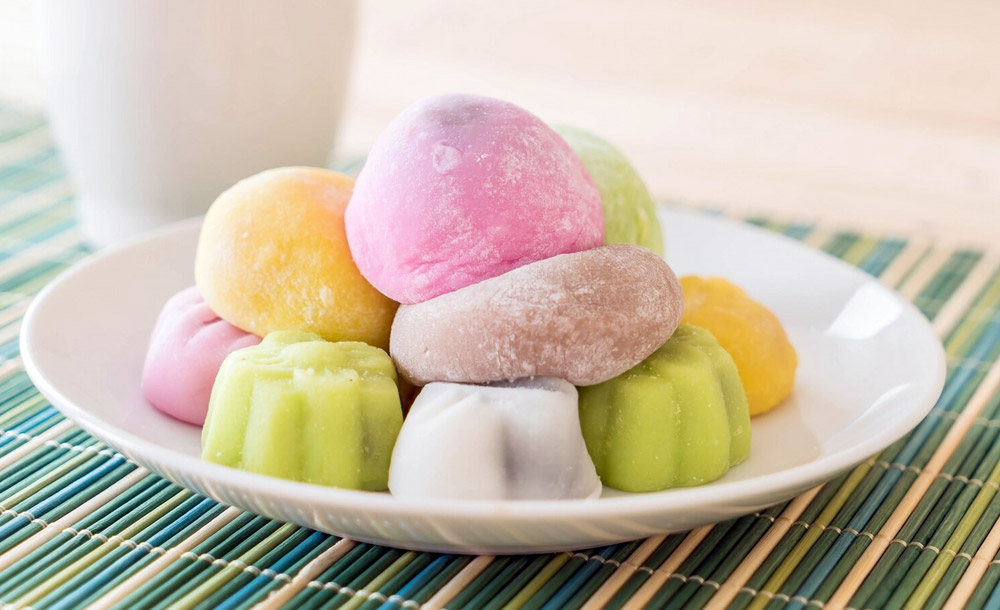 Mochi cakes are a popular birthday treat in Japan. They are made from glutinous rice flour and often have a filling of sweet bean paste. 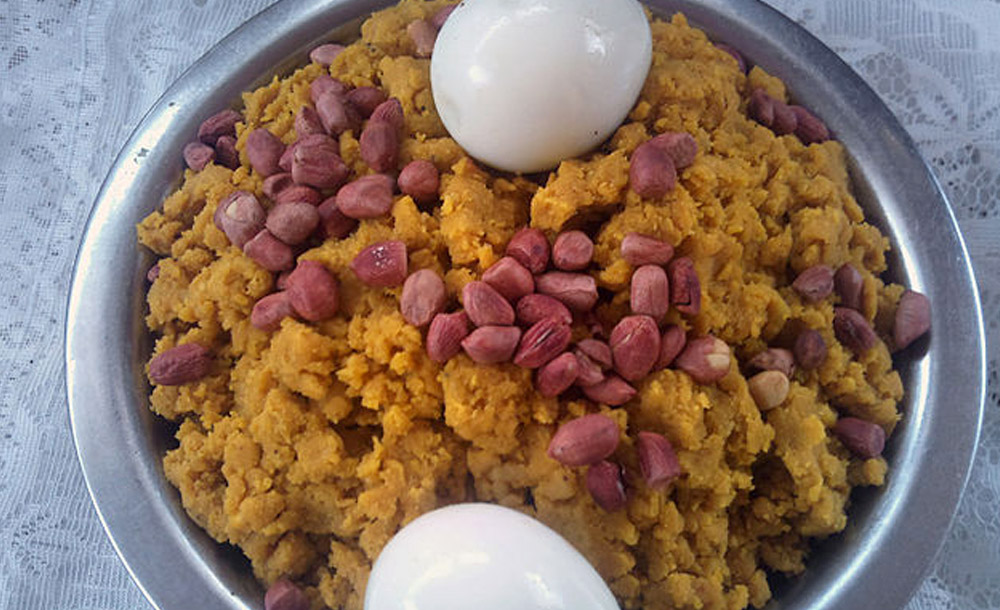 Oto is a type of porridge that is popular in Ghana. It is made with cornmeal, water, and sugar. This dish is often eaten on birthdays as it is believed to bring good luck. It's often considered an honour to receive an Oto with an entire egg on it. 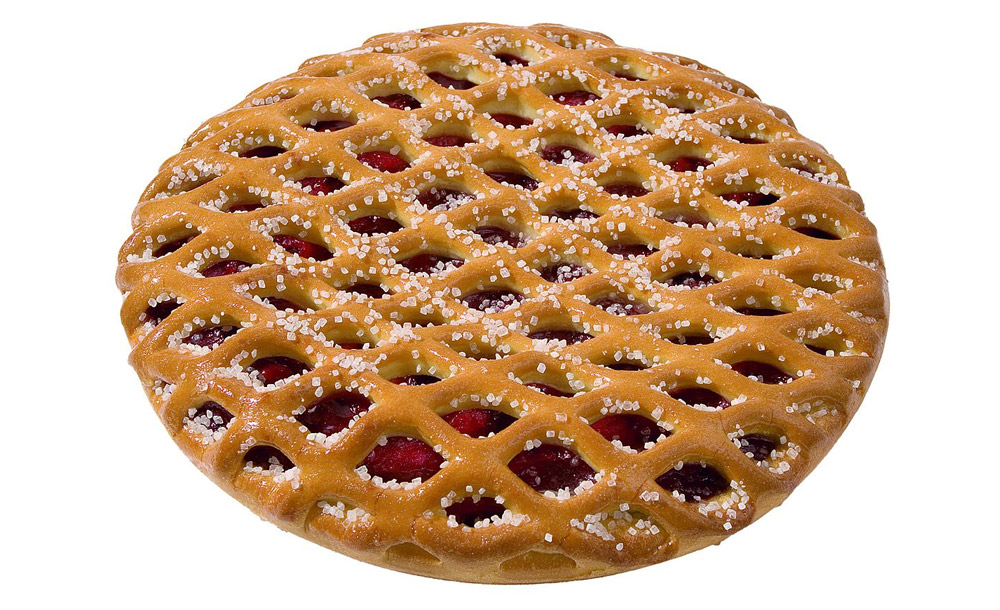 Vlaai is a type of Dutch pie that is often eaten on birthdays. It is made with a variety of fillings such as fruit, cheese, or meat. The most popular vlaai is the cherry vlaai which has a filling of cherries, custard, and whipped cream. 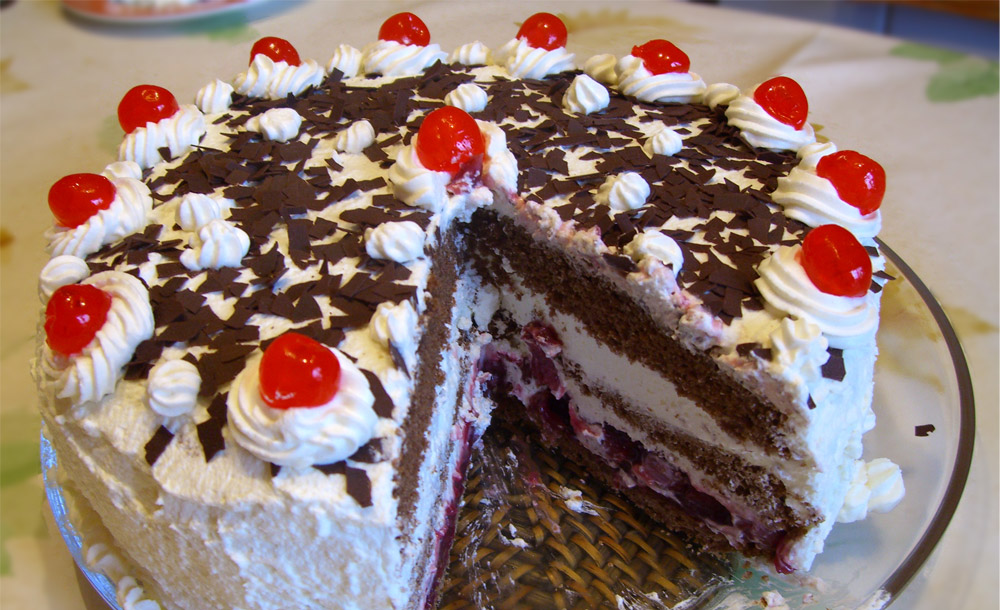 This is a cherry cake that is popular in Germany. It is made with chocolate, cherries, and cream. The cake is often decorated with marzipan and chocolate shavings. This cake is also known as a "black forest cherry cake" and is usually served on special occasions.

Why You Should Get A Birthday Gift In Closing

In this article, we have highlighted just a few of the popular birthday traditions from around the globe. Regardless of where you come from or what you believe, birthdays are a time to celebrate life and to be surrounded by loved ones. So, next time your birthday rolls around, don't forget to enjoy some of these traditions with your friends and family. And don't forget to get a birthday gift!