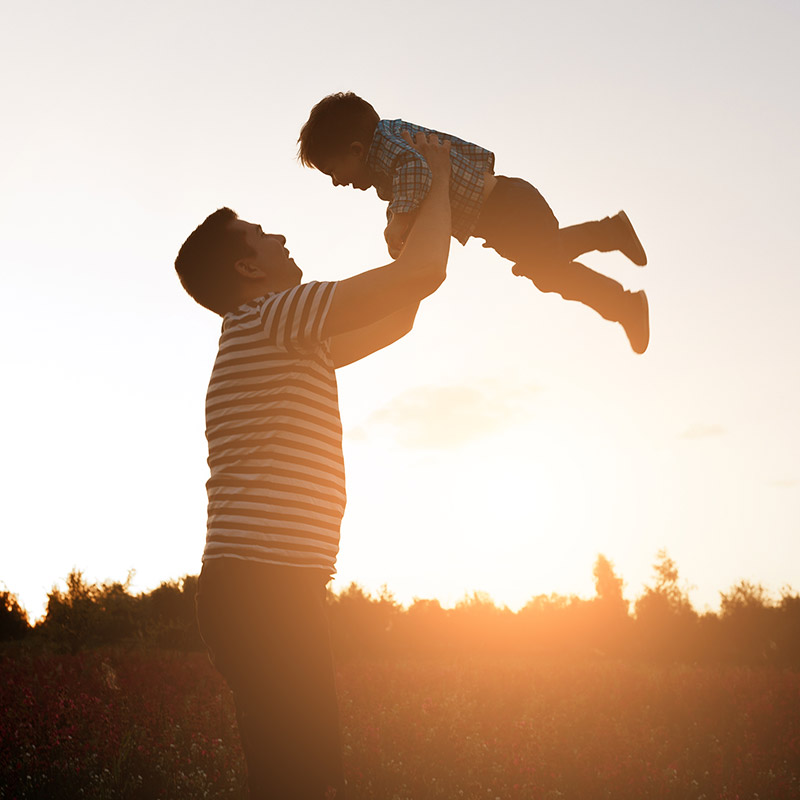 However, that church event was a one-time only commemoration and was not recognised as an annual celebration until the following year.

It was the daughter of a widower, who first set out to establish an official celebration of fathers. Sonora Smart Dodd wanted to honour her father’s dedication as a single parent of 14 children. After attending a Mother’s Day event, Sonora conceived the idea to form an equivalent celebration of fathers. Thus began her campaign to increase awareness in establishing Father’s Day. She shared her idea with local churches, shops and government officials, hoping to gain support in her cause. Eventually, her idea caught on and Washington State celebrated the nation’s first Father’s Day on June 19, 1910.

Why Is Father’s Day In September For Australian’s?

There is no concrete evidence as to why Australia celebrates Father’s Day in September. However, it is commonly believed that it is due to our already jam-packed first half of the calendar year.

While most of the world celebrates Father’s Day in June, we’ve seemingly chosen to celebrate our fathers in the second half of the year as we have a number of celebrations, holidays and special events from April to June. There’s Anzac day (25th April), Labour Day (Mar-May), May Day, the Queen’s birthday and of course, Mother’s Day (May)!

Nonetheless, we think September is a great month to celebrate and get Father’s Day gifts! After all, September is when spring begins which makes it the perfect season for picnics, camping, fishing, footy and barbeques with our fathers.

A new day for the Calendar is "Father's Day," September 6. Mothers' Day has become very popular, and maybe "Father's Day" will also become so, too!. The coloured flower for the father is poppy-red. A special "Father's Day" meeting for Newcastle has been arranged and will be held Sunday, September 6, in the Newcastle Baptist Tabernacle at 4.30 p.m. The special speaker will be the well-known "broadcast" preacher, Pastor Weller, of Sydney, who will speak on //THE FOUR-SQUARE MAN// ... The meeting will be open to men of all denominations, and all fathers are requested to invite their sons. The Tabernacle is not far from the Newcastle Town Hall -  Quoted From Trove 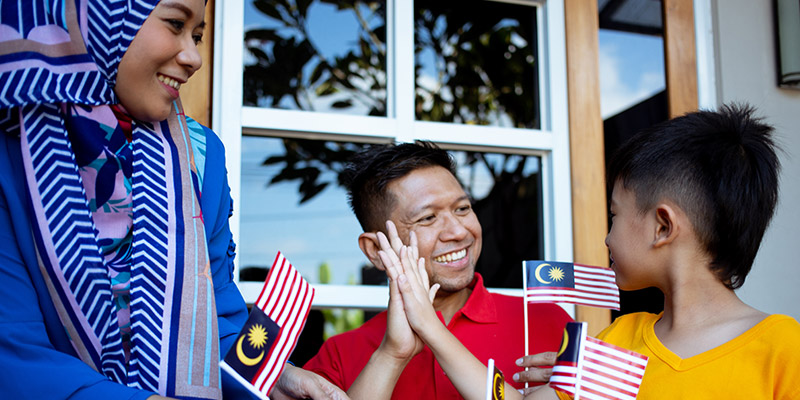 3rd Sunday In June
Although it is not a public holiday, Malaysians celebrate Father’s Day in June. Father’s Day is not a big celebration in Malaysia, but most will still give gifts, pay their respects or send cards and heartfelt words to their fathers. 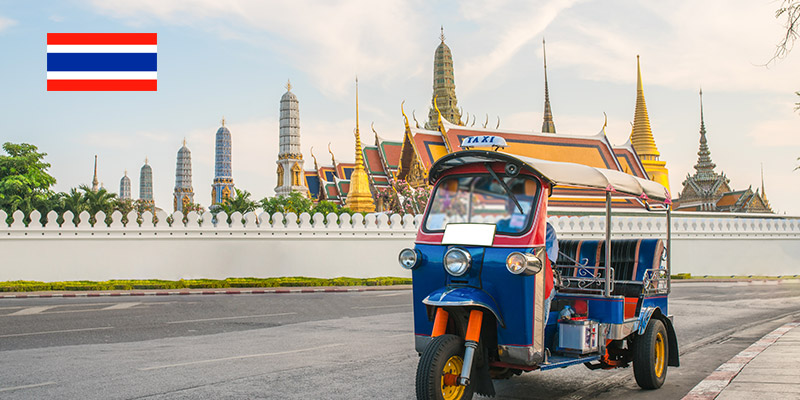 December 5
The late King Bhumibol Adulyadej’s birthday is on the 5th of December which is also the date Father’s Day is celebrated in Thailand as he is considered ‘The Father of the Nation.’ In honour of their beloved King, fathers will receive a Dok Buddha Ruksa (Canna Lilies Flower) in the morning. It is also common to wear yellow which is the King’s colour. 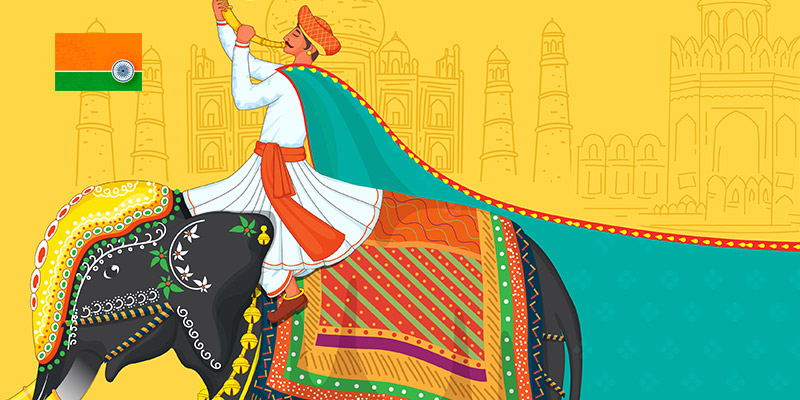 3rd Sunday In June
In India, they celebrate by expressing gratitude and respect to their fathers. Most fathers celebrate the day by spending quality time with their children hoping to teach them some moral and cultural values. Watching movies and going out for a meal are the more common ways to celebrate Father’s Day in India. 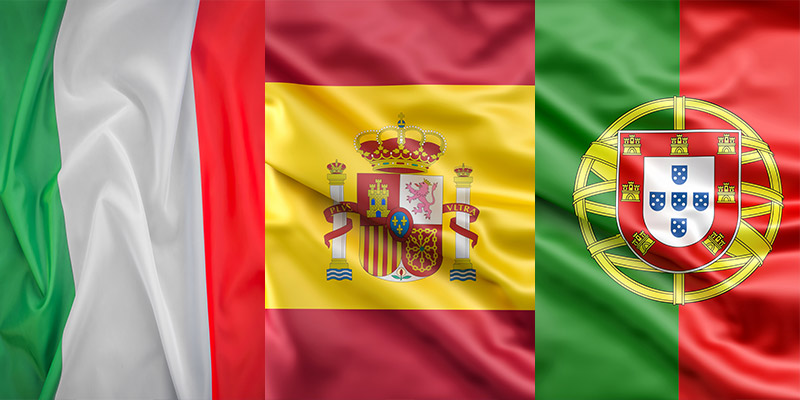 March 19
These Roman Catholic countries celebrate Father’s Day a little differently as they celebrate it on the Feast of St. Joseph. This annual religious event is to honour Joseph (Jesus’ Father) and is held on the 19th of March. 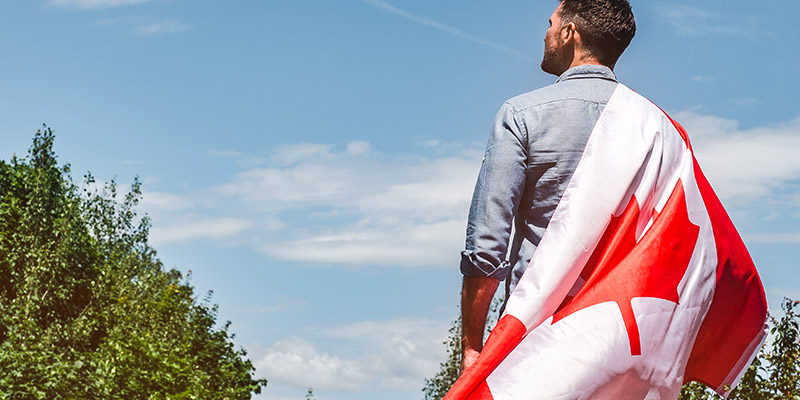 3rd Sunday In June
Canadians don’t restrict their celebrations to just biological fathers but to all-male figures who are compassionate, influential and or loving. 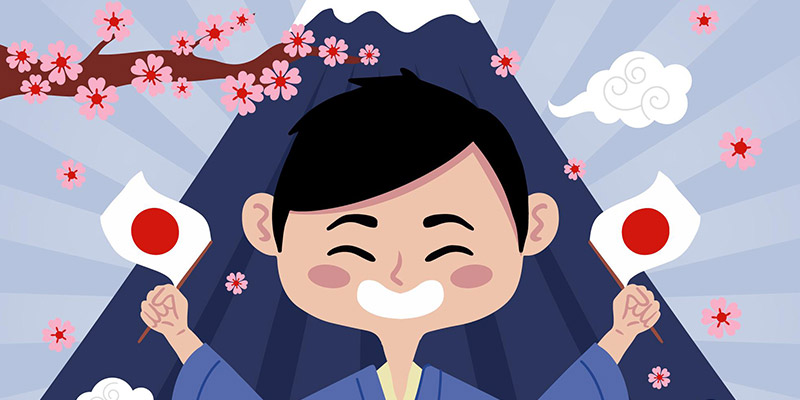 3rd Sunday In June
During Father’s Day in Japan, it is common to give flowers to fathers. Other popular gifts include handmade sweets, beer, sake and food. For lunch or dinner it's common to have crab, prawns or eel. 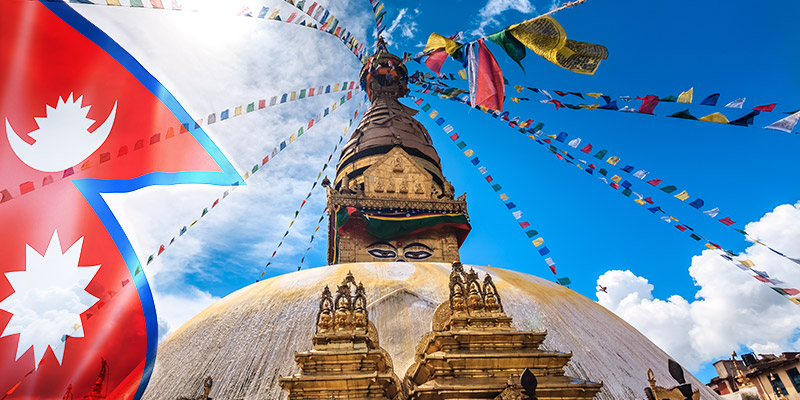 Aug / Sep
In Nepale Father's Day is celebrated on the day of Gokarna Ausni or Kushe Aunsi or Pitri Tirpani Aausi and usually falls between August and September. It is a special day where homage is given to all fathers. Families will celebrate with gifts and food for their fathers. Many will also visit temples to pay respect to their deceased fathers. 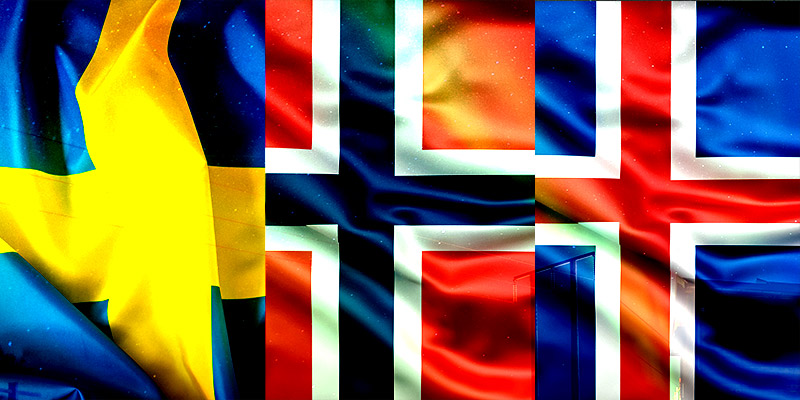 2nd Sunday Nov
The countries of Scandinavia started Father’s Day celebrations in 1930 and originally adopted the US date in June. However, in 1949, due to slower consumer spending in November, the government decided to move it to the 2nd Sunday of November. 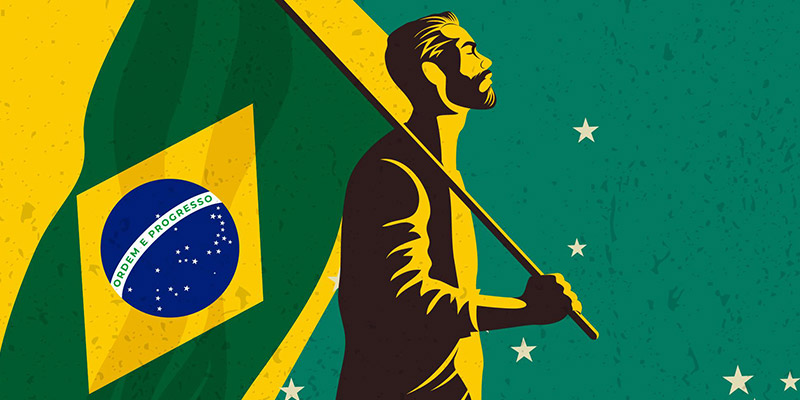 3rd Sunday In Aug
In Brazil, Father’s Day honours Saint Joachim (St. Joseph) the patron saint of fathers. This is celebrated in a similar way to the Feast of St. Joseph. 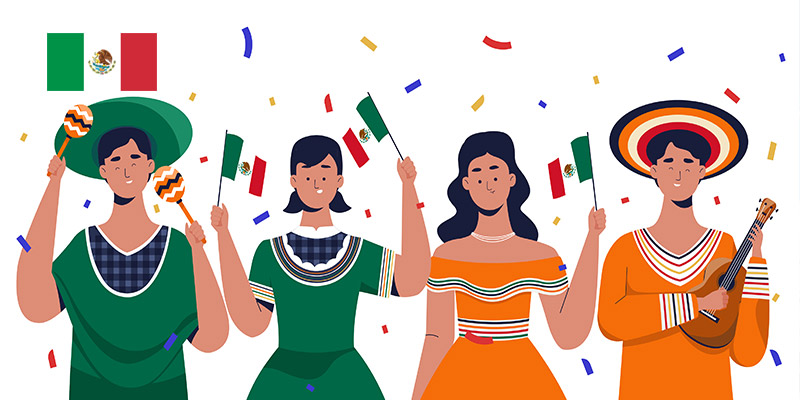 3rd Sunday In June
Just like most countries, Mexicans honour their fathers by preparing meals and gifts for them. They also celebrate their fathers by participating in the annual Carrera Día del Padre, a 21km citywide event where various types of races take place. The father and son race is the most popular of them all. 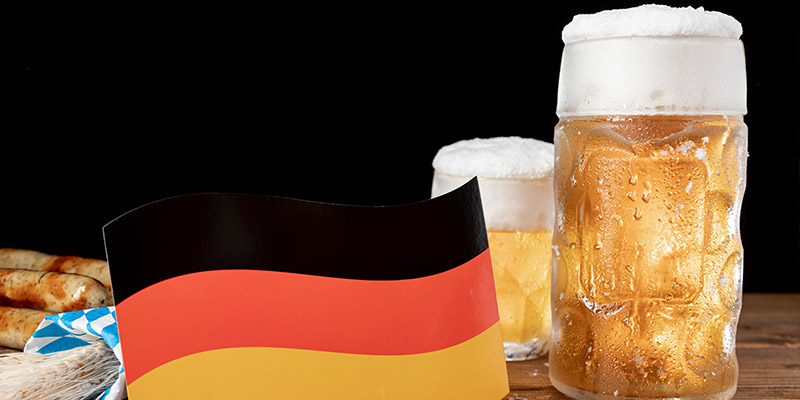 26 May
Father’s Day (Vatertag) in Germany does not only consist of giving gifts but also drinking. Vatertag also falls on Ascension Day which happens annually on the 40th day after Easter. 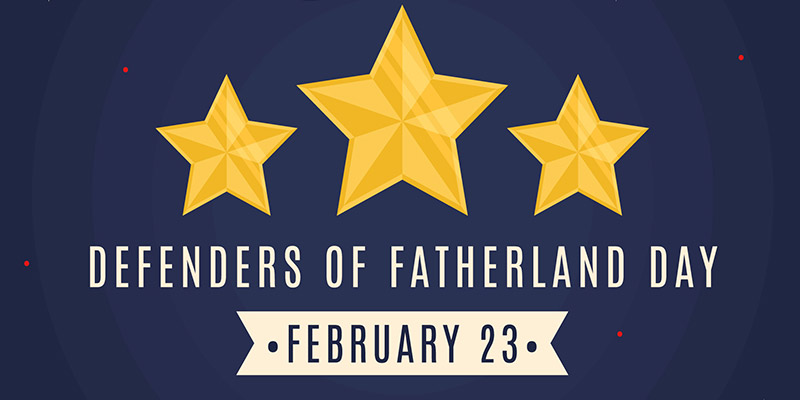 23 Feb
Father’s Day in Russia is also known as Defenders of Fatherland Day. This is a national holiday that originally started in the military. It is now celebrated by everyone on February 23rd with a parade that is participated mainly by men. It is common for women to give gifts and postcards to male family members and relatives. Women who serve in the army are also recognised in these parades.

Father’s Day Dates From Around The World

Why Is Father’s Day In Australia Different To Everywhere Else?

Mostly due to a quieter second half of the calendar with fewer celebrations and public holidays in September. September is also when spring begins.

Is It OK To Buy Flowers On Father’s Day

There are no rules to what you can and cannot buy your dad. In fact, in Thailand, it is customary to give flowers to your father.

Why Is It So Hard To Buy A Father’s Day Gift?

Most people tend to leave it to the last minute which makes it exceptionally hard to get a decent present in time. Buying a gift for your father shouldn’t be stressful and you don’t always have to buy him a gift. Gestures, acts of love and paying respect to your dad is also a gift.

The inspiration came from a commemorative church service in honour of 362 men who lost their lives in a mining disaster. However, Father’s Day was established by a woman named Sonora Smart Dodd who believed that fathers should have a day of celebration just like mothers.